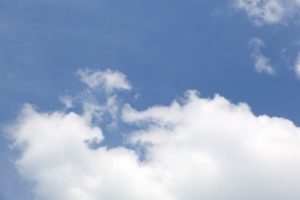 Jim Humble (83) explorer from a backwoods boy in Alabama, did extra ordinary things in his lifetime, to the Marines, to a nutritional and alternative health enthusiast, to Aerospace, to electronics researcher, to inventor (of many things), to gold mining. In 1996, while on a gold mining expedition in South America, he discovered that chlorine dioxide (CIO2) quickly eradicates malaria. He called his discovery MMS, Miracle Mineral Supplement or MMSolution. This product is an unique chemical oxidizer that has the ability to enter the blood/water, it kills all kind of pathogens, viruses, bacteria, fungus that are virtually causing all diseases and touch absolutely nothing else. MMS also destroys heavy metal compounds in the water and many different poisons. In the Netherlands this product was very controversial as unknown and put away as quackery by the NVWA, the Dutch food and commodity law. It also got negative broadcast attention. As I am also educated as a naturopath I have tried this product, I always try a lot as I want to know what works and not. Don’t try this at home.

It was long for sale until the importer took it out of stock because of negative publicity. Yes, it is indeed not to be recommend in this performance as it is a horse remedy, it’s a cleaner not a curer. My idea of cure is that is should be simple. That nature provides all basic components in non-processed industrial food, plants, herbs, roots etc. Which is also the reason I started in 2006 with photo/chromotherapy because everything is life is connected. Back to (CIO2). The ability of chlorine dioxide is that it kills all intruders in the body. The downside is that afterwards using it you have to take good care of your bowel recovery by eating biological food, taking orthomolecular supplements like probiotics, as the bowel biofilm needs new material to reset. Yes, this stuff, it’s aggressive but it cleans. Official approved medicines have nasty side effects too by the way, the list is very long and disclaimers are juridical weapons. Unnecessary to mention that your whole immune system needs a lift after being ill. Preventing is still the best action you can follow for your health.

The effect is that it will pick up, like stealing, where ever possible in the body two positive charged electrons which destroys the pathogen. (Bluntly put) The Chlorine dioxide (CIO2) dissolves in sodium chloride (NACl kitchen salt) and water (H2O) Salt is a natural cure and disinfectant. So it increases the oxygen in the cells and lowers the PH value in the body. The disbalance of acids and bases in the body is no. 1 accelerator of diseases and homeostasis attacker. CIO2 does not cures it cleans up. I am NOT promoting this supplement. I write about a biochemical proces. If you scroll down and read the full article you will find out why. I am not a pharmacist but I know about the function of electrolytes and the effect of minerals in the cell balancing the plus (positive) and min (negative) ions in the intracellular fluid. Why? Because I am specialized in biochemical Dr. Schüssler (1821-1898) tissue salts and findings of the German patholoog Rudolf Virchow (1821-1902) : “The essence from disease is the pathogen changing cell” and later the Dr. J. Molenschott (1822-1893) his conclusion: “loss of inorganic mineral salts causes cell disease” (I love to tell you about it, you can book me for lectures or courses at www.kleurenlicht.nl)

OXYGEN. OXYGEN.OXYGEN. Not only your lungs but also your visual system uses a lot of oxygen. Corona virus seems to withdraw oxygen from the cells. (Mitochondria/ATP). This disaster killing virus causes severe respiration problems which the whole world is undergoing now. High fevers struggle with this killing beast, many patients needs extra oxygen or die.

Fever: another forgotten natural remedie is Quinine. Quinine is a medication used to treat malaria and babesiosis. Quinine was first isolated in 1820 from the bark of a cinchona tree. Bark extracts have been used to treat malaria since at least 1632. It is on the World Health Organization’s List of Essential Medicines, the safest and most effective medicines needed in a health system. It is also used in a carbonated soft drink: tonic, originally named ‘Indian tonic water’ as it was used prophylactic against malaria.

Those who have seen the movie ‘Ayurveda – art of being’ https://www.youtube.com/watch?v=W-H6xEPsNvw sees a medicine man who give all, mostly city, patients a piece of bark. Not sure it is from the cinchona tree. The point here is: nature heals and has all ingredients available. Ayurveda is the science of life and art of healing; where body, mind and spirit are given equal importance. Nowadays practised in a modern version by life-style mindful coaches. This movie shows a “voyage of thousands of miles across India and abroad takes you on a unique poetic journey, where we encounter remarkable men of medicine or simply a villager who lives in harmony with nature”

I wrote this article as I read that the Corona virus “injects” into the cell, like a malaria mosquito does with its stiletto. I am also aware that the NVWA (Dutch food and commodity law) seems to handle for a very long time one-sided overregulated terms for natural remedies. Scientific medicines have these endless double blind trials before you can state it cures disease A, B or C. I have no business interest in ACE. I have interest in logical medical approved and trials in cure, as everything and nothing cures, except “Let food be your medicine” Hippocrates. “If it doesn’t kill you it makes you stronger”, depending on the dose.

The good and remarkable news is that a small Dutch company called ACE pharmaceuticals in Zeewolde produces a malaria medicine chloroquine mostly prescribed for rheumatism patients. Researches in Belgium, KU Leuven discovered all ready in 2004 that it was effective against the Sars virus, the Corona virus is a variant. Trials were done in hospitals in Hunan, Guangdong en Peking with good results in bringing the fever down and the lung function improved. The medicine is called A-CQ100. I am very proud of Jan Willem Popma producing this niche medicine. Why? Because it makes sense! A call for action at the Dutch Government and Health department not to wait for an vaccin, but to start a trial treatment immediately with A-CQ100 to try to save lives. Thank you.